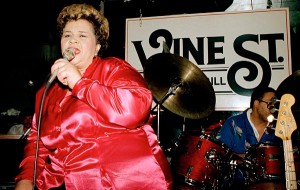 It’s beautiful when legends exit gracefully, but few of them do. Working at Vine Street my heart was constantly tugged by a mix of sadness, respect and compassion. There was Esther Phillips, still my favorite soulful singer of all time, walking from the dressing room to the stage, dressed beautifully, wasted on heroin, taking a detour behind the stage wall to the kitchen, puking in the trash can, wiping her mouth on a wash rag, straightening her hair and going out and ripping her heart open for the audience. “I’ve got scars on my knees/I’ve been praying so long,”she’d sing. She died a few weeks later of liver and kidney failure. (Esther’s interpretation of Gil Scott Heron’s “Home is Where the Hatred Is” is an incredibly raw and emotionally naked performance by an artist in any field. (“home is where I live inside my white powder dreams/home was once an empty vacuum that’s filled now with my silent screams/home is where the needle marks/ try to heal my broken heart”) http://www.youtube.com/RvdnMzQGbEQ

Nina Simone, long in exile in Barbados, coming back to L.A. to perform at Vine Street, having a psychotic break in the middle of her first set, screaming into a pay phone, then stomping out the front door, leaving a dressed up Hollywood crowd staring at me for an answer. I didn’t even know the question.

(Those who love always give the most/We’re cryin together from coast to coast/Love leaves us cold and hurt inside/These tears of ours are unjustified/Beggin ya ta, SAVE ME!/Yeah, need somebody to SAVE ME!)

And Anita O’Day, knocking back shots of scotch at the bar (“don’t put any soda in it, goddamn it, it hurts my voice), insulting the daughter of a long time fan, then going out and screeching on stage, her voice gone, sounding like a cat with its tail caught in a Cuisinart.

And then there are legends that rise from the ashes and go to new heights. Mondays were dark at Vine Street until the owner, Ron Berenstein, decided to make Mondays Blues Night and the headliner every week would be…Etta James.

Anybody who has read Etta’s recent obituary knows her basic story from the 50s to the 60s, her resurgence in the 90s and Grammys in the early 2000s. However, the 80s was where she began to come back. She had opened for the Stones in the early 70s, then dropped out with new substance abuse issues and cleaned up and Vine Street was her first regular gig in years. She didn’t have a manager, her two sons played in her band with a young blonde haired lead guitar player.

I wasn’t really familiar with Etta James at the time she started at Vine Street. I grew up in a neighborhood surrounded by the sound of jazz and blues. Across the street from my mother’s house lived Sweet Billy, who loved to have me over and play Muddy Waters, Lightning Hopkins, Big Mama Thornton, Big Maybelle, Howlin’ Wolf. Varnell Williams, my childhood buddy, first introduced me to Miles Davis, John Coltrane and Sonny Rollins and Etta Jones, the jazz singer, but not Etta James.

But when she first walked out on stage at Vine Street the first night, in front of maybe 20 people, most of them comps, and broke into “Tell Mama,” she opened a door I didn’t even know was there to be opened (“Tell Mama all about it/Tell Mama what you need
Tell Mama what you want/And I’ll make everything alright”).

Word spread through the L.A. music circle and soon Monday nights were sold out (maximum 100 people in the club). Movie stars, musicians (Stevie Ray Vaughn would show up and stare at Etta, mesmerized by every syllable she sang) and producers and fans came to see her. When she sang “I’d Rather Go Blind” the house would fill with moans, goose bump shivers and gasps as we all relived our major heartbreaks: “Something told me it was over/When I saw you and her talkin’/Something deep down in my soul said, ‘Cry, girl’/When I saw you and that girl walkin’ around/Whoo, I would rather, I would rather go blind, boy/Then to see you walk away from me, child, no.”

I don’t know how long Etta had been clean and sober when she started her run at Vine Street, but for the first few months her AA sponsor, a huge biker would come every Monday night and sit in the front table to support Etta. I would ask him what he would like each week and he would say, “Give me a 7-up!” in a tone and volume that made me think he was about to disembowel me.

Etta charmed us all, playing with the audience, laughing at herself . And for a few of us young men who worked at the club, she was our dating service. She would stop between songs and heap praise upon us. “Ladies, and especially you ladies, are these young men taking care of you tonight the most charming, most handsome men in the world. Look at Alan and Peter and Tommy. Aren’t they great? You single ladies better grab one of them before somebody else do.” Then she would sing “At Last” for us. (At last, my love has come along/My lonely days are over/And life is like a song/Oh, yeah, at last/The skies above are blue/My heart was wrapped up in clovers/The night I looked at you) http://www.youtube.com/watch?v=1MUilZpErlw

After a few months of sold out shows there were two men sitting on stools at the bar one night, sliding quickly into their drunken comas, slamming back straight shots. They looked old and haggard to me, the one man’s skin, even in the dark light, had the texture and color of bleached parchment paper. He motioned toward the bar and raised two fingers over the empty shot glasses. I can’t remember how I broke the news to them they had enough to drink and they were cut off, but the older man seemed to take it well, sheepishly, like a reprimanded over eater.

Right then, Etta ended a song and said, “Everybody, the greatest guitar player in the greatest rock and roll band in the world is here. Let’s get him to come up here. Keith Richards!”

Keith Richards! How did I miss him coming in? Vine Street was a small club. I looked around the club. The man I’d cut off was reacting in a funny way to the Keith Richards news, raising his hands and shrugging and mumbling. Etta had walked over and given him a hug. I just cut off Keith Richards, I thought.

“No gwtr, no gwtr,” he slurred to Etta in that drunken patois of lost vowels, strumming an air guitar with his hands. Etta helped Richards off the stool and walked him the short distance to the bandstand. Richards listed to his left and to his right, a centenarian who’d lost his walker. The blond lead guitar player handed Richards his guitar. Richards pantomimed that he didn’t have a pick. Etta snapped her fingers to four and the band started a basic 12 bar blues jam. Richards looked confused, as if he had been thrust into an avant garde music scene with esoteric musical scales and complicated time signatures.

A breeze of embarrassment floated through the club as Richards fumbled through the song. Etta looked at her guitar player, he whispered something to her and he hit the opening bars of the Stones hit, “Miss You.” Richards perked up, his head straightened, a marionette brought to life by a wizard of subterranean musical memory. Richards added fills while Etta sang, did the automatic solo he’d done a thousand times before and finished off the tune with some quick runs. As he walked back toward the bar, the packed house on their feet, he turned to me, a star to be served, and motioned for a drink.

No, I shook my head. He stopped, puzzled.  We looked at each other for a moment. Then he smiled, shrugged and gave me a soft bow, acknowledging my sovereignty and integrity.

Every Monday night, after the show, Etta would sit back in the funky dressing room and I would serve her favorite dish off our menu, clams in a linguini sauce. The first time I brought her dinner she handed me a tip. I waved it off.

That little moment was a symbol of how Etta respected all of us and the part we played in her world. Many of the performers at Vine Street were aloof and demanding and it carried over to their performance: technically rich, emotionally bankrupt. Not Etta. She had the strength to be soft and open and it reverberated through the club every Monday night.

The last time I saw Etta was, I guess, 1987, my last week of work at Vine Street. After the show, as usual, I brought her the linguini. She looked up at me.

“Thank you, Tommy. Sit down, you’ve been on your feet all night.”

I pulled up a chair next to her. We didn’t talk while she ate and there was a comfortable, post show/work serenity in the silence. She looked over at me a few times and smiled. When she was done, I stood up and reached for her plate. She looked at me with the joy we give when all we see is the good in someone (and why don’t we look at everyone like that?) and she leaned over and kissed me on the cheek and tousled my hair.

It was a moment of pure sweetness, affection and love. I walked to the door of the dressing room and stopped.

“I love listening to you sing, Etta.”

“I love singing to you, Tommy.”

When I heard she died, I put on my headphones, lay down on some cushions, closed my eyes and, for an hour, listened to Etta James sing to me.

13 thoughts on “Etta James, Keith Richards and Me” 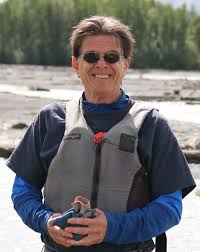 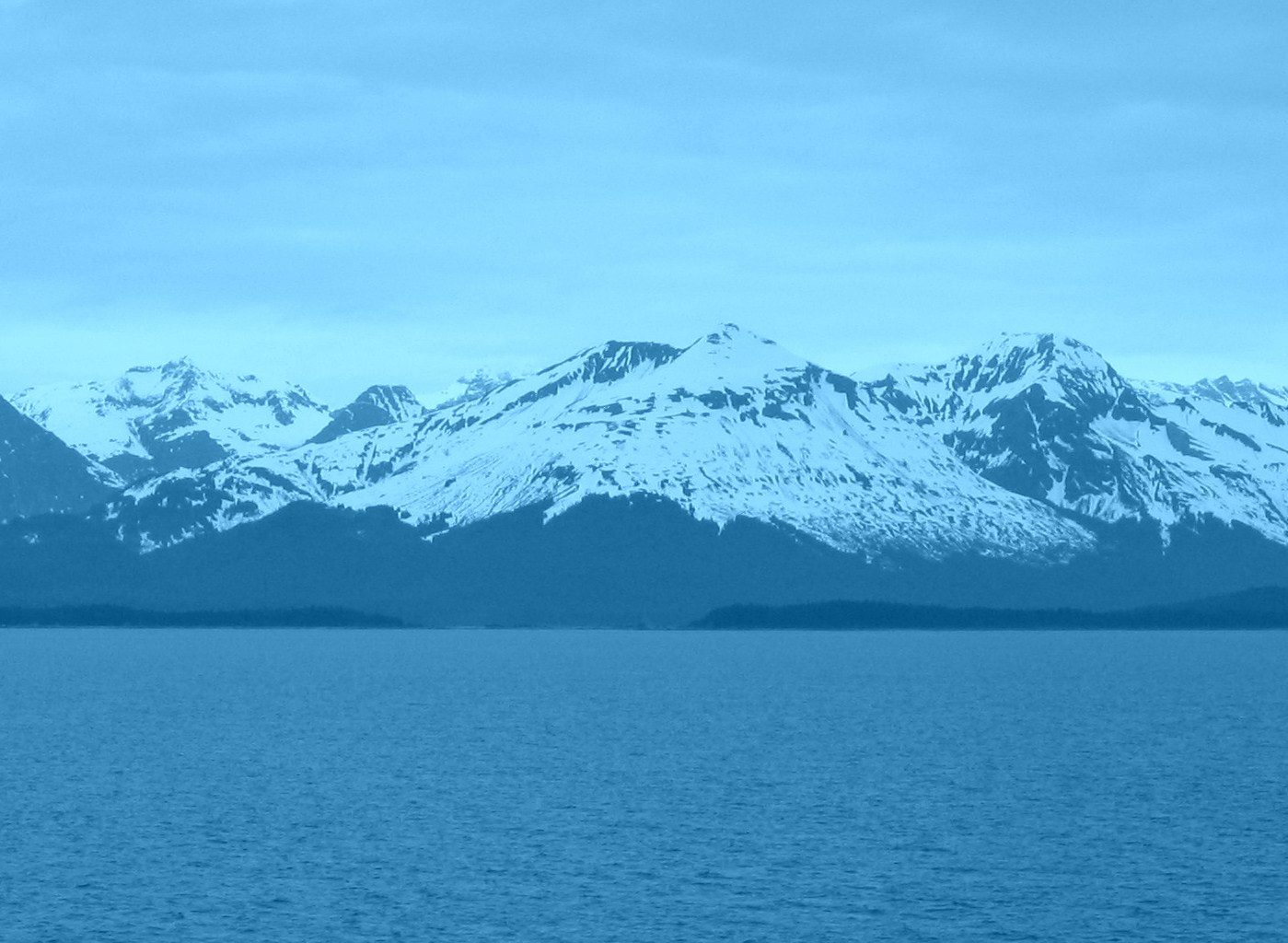